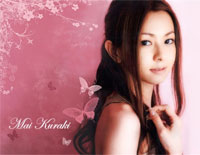 Free Koi ni Koi Shite piano sheet music is provided for you. So if you like it, just download it here. Enjoy It!

And Koi ni Koi Shite (恋に恋して, lit. "In Love With Love") is a song by Mai Kuraki, a Japanese pop and R&B singer-songwriter andproducer from Funabashi, Chiba.