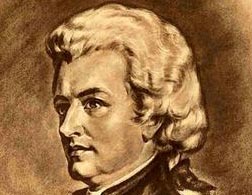 Gavotte is composed by François-Joseph Gossec (January 17, 1734 – February 16, 1829) who was a French composer of operas, string quartets, symphonies, and choral works.

Some of his techniques anticipated the innovations of the Romantic era: he scored his Te Deum for 1200 singers and 300 wind instruments, and several oratorios require the physical separation of multiple choirs, including invisible ones behind the stage. He wrote several works in honor of the French revolution, including Le Triomphe de la République, and L'Offrande à la Liberté.

While most people would have difficulty recognizing Gossec's Gavotte by its title, the melody itself remains familiar in the United States and elsewhere because Carl Stalling used an arrangement of it in several Warner Brothers cartoons.


"Gavotte" is well known by people and if you like it, you can also download the free Gavotte sheet music to play with Everyone Piano. Just Enjoy It!