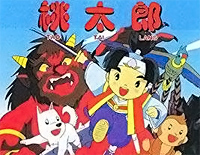 Free Momotarō-san no Uta (Momotarō’s Song) piano sheet music is provided for you. So if you like it, just download it here. Enjoy It!

Momotarō-san no Uta (Momotarō’s Song)
is a very popular children's song about Momotarō which was first published in 1911.

Momotarō
(桃太郎 Momotarou, lit. "Peach Boy") is a popular hero from Japanese folklore. His name literally means Peach Tarō, a common Japanese boy's name, which is often translated as Peach Boy. Momotarō is the title of various books, films and other works that portray the tale of this hero.

The Lyrics of Momotarō-san no Uta: