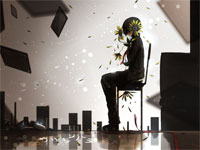 Free Sarishinohara piano sheet music is provided for you. So if you like it, just download it here. Enjoy It!

Sarishinohara
is a song by Hatsune Miku Dark Append and based on a true story (Mikito-P's side). The title may be an anagram for the name of an idol called Rino Sashihara. There are traces of her identity in the song's lyrics as well.

This song is featured in Mikito-P's albums Vocalo Danshi Vocalo Joshi and Boku wa Hatsune Miku to Kiss wo Shita, in addition to the EXIT TUNES compilation album Vocalofuture.

And Sarishinohara has entered the Hall of Fame.