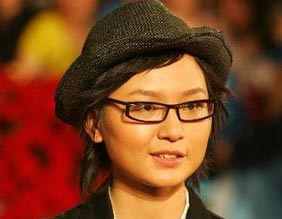 Zhou Bichang is a Chinese singer and songwriter. She was the first runner-up in the 2005 Super Girl Competition, which is a Chinese version of Pop Idol for female contestants only. Her voice has been appropriated as a female version of David Tao, Leehom Wang, and Jay Chou, as she covered some of their songs during the contest.

On March 18, 2006, Zhou signed a recording contract with Yuelin Music. Since then, she has released several singles, an EP, and three albums. Her debut album, "Who Touched My Violin String", was released in August 2006. In Spring 2007, Zhou attended the Encore Program at the Musicians Institute in Hollywood, California, with a concentration in R&B vocal performance. On December 18, 2007, the singer released her twin albums, named "Now" and "Wow", each containing ten songs. "Now" features Zhou's iconic R&B style, and "Wow" showcases her versatility in music genre as she forays into rock, ballad, britpop, dance, etc..