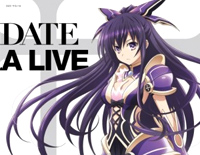 Free Trust in You piano sheet music is provided for you. So if you like it, just download it here. Enjoy It!

Trust in You is used as an opening theme for Date A Live II. Date A Live (デート・ア・ライブ Dēto A Raibu) is a Japanese light novel series written by Kōshi Tachibana and illustrated by Tsunako. An anime adaptation series aired on TV from April 6 to June 22, 2013. Each episode was streamed in lower quality on Niconico a week before its TV premiere. Following the end of the first season, a second season was announced, titled Date A Live II, which began airing from April 11 to June 13, 2014. A theatrical film adaptation has been announced. And Trust in You is sung by Sweet Arms.