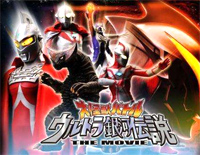 Free Hoshi no Yō ni... piano sheet music is provided for you. So if you like it, just download it here. Enjoy It!

Hoshi no Yō ni... (星のように…, lit. "Like the Stars...") is the twenty-fourth single by Japanese recording artist Misia. It was simultaneously released with her ninth studio album Just Ballade as its fifth and final single and is Misia's first and only re-cut single. It was written by Misia, composed by Sinkiroh and produced by Tohru Shigemi.