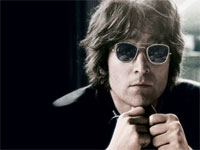 Free Imagine piano sheet music is provided for you. So if you like it, just download it here. Enjoy It!

Imagine
is a song written and performed by the English musician John Lennon. The best-selling single of his solo career, its lyrics encourage the listener to imagine a world at peace without the barriers of borders or the divisiveness of religions and nationalities, and to consider the possibility that the focus of humanity should be living a life unattached to material possessions.

Lennon and Yoko Ono co-produced the song and album of the same name with Phil Spector. Recording began at Lennon's home studio at Tittenhurst Park, England, in May 1971, with final overdubs taking place at the Record Plant, in New York City, during July. One month after the September release of the LP, Lennon released "Imagine" as a single in the United States; the song peaked at number three on the Billboard Hot 100 and the LP reached number one on the UK chart in November, later becoming the most commercially successful and critically acclaimed album of Lennon's solo career. Although not originally released as a single in the United Kingdom, it was released in 1975 to promote a compilation LP and it reached number six in the chart that year. The song has since sold more than 1.6 million copies in the UK; it reached number one following Lennon's death in December 1980.

BMI named "Imagine" one of the 100 most-performed songs of the 20th century. The song ranked number 30 on the Recording Industry Association of America's list of the 365 Songs of the Century bearing the most historical significance. It earned aGrammy Hall of Fame Award and an induction into the Rock and Roll Hall of Fame's 500 Songs that Shaped Rock and Roll.

The Lyrics of Imagine:

Imagine there's no heaven
It's easy if you try
No hell below us
Above us only sky
Imagine all the people
Living for today...


Imagine there's no countries
It isn't hard to do
Nothing to kill or die for
And no religion too
Imagine all the people
Living life in peace...

Imagine no possessions
I wonder if you can
No need for greed or hunger
A brotherhood of man
Imagine all the people
Sharing all the world...