When You Wish upon a Star-Pinocchio OP 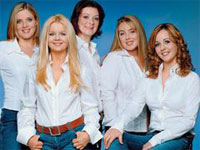 Download Sheet Music When You Wish upon a Star-Pinocchio OP

When You Wish upon a Star-Pinocchio OP Introduction

Free When You Wish upon a Star piano sheet music is provided for you. So if you like it, just download it here. Enjoy It!

When You Wish upon a Star
is a song written by Leigh Harline and Ned Washington for Walt Disney's 1940 adaptation of Pinocchio. The original version was sung by Cliff Edwards in the character of Jiminy Cricket, and is heard over the opening credits and in the final scene of the film. The song has since become the representative song of The Walt Disney Company. The recording by Cliff Edwards and Chorus was released by Victor Records as catalogue number 261546 and 26477A (in USA) and by EMI on the His Master's Voice Label as catalogue number BD 821.

Edwards recorded another version in 1940 for an American Decca Records "cover version" of the score of Pinocchio, conducted by Victor Young and featuring soprano Julietta Novis and The King's Men. It was first released on a 4-record 78-RPM album set, and years later as one side of an LP, backed by selections from The Wizard of Oz. A recording with Christian Rub (with Mister Geppetto's voice), Cliff Edwards and Chorus was released by Victor Records as catalogue number 26479B (in USA) and by EMI on the His Master's Voice label as catalogue number BD 823. It won the 1940 Academy Award for Best Original Song. It was also the first Disney song to win an Oscar.

The American Film Institute ranked "When You Wish upon a Star" seventh in their 100 Greatest Songs in Film History, the highest ranked Disney animated film song, and also one of only four Disney animated film songs to appear on the list, the others being "Some Day My Prince Will Come" from Snow White and the Seven Dwarfsranked at nineteenth, "Beauty and the Beast" from Beauty and the Beast ranked at #62, and "Hakuna Matata" from The Lion King, ranked at #99.

The Lyrics of When You Wish upon a Star: