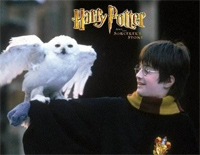 Free Hedwig's Theme piano sheet music is provided for you. So if you like it, just download it here. Enjoy It!

Hedwig's Theme
is the leitmotif for the Harry Potter film series. Often labelled as the series' main theme, it was first featured in Harry Potter and the Philosopher's Stone in the track "Prologue". A concert arrangement of the same name is featured in the end credits.

Hedwig's Theme has been interpolated throughout the rest of the Harry Potter film scores, from those by Patrick Doyle, Nicholas Hooper, and Alexandre Desplat. It is also featured in the scores to the last four Harry Potter video games, all composed by James Hannigan.

And Hedwig's Theme has achieved significant pop culture status, being featured as ring tones, trailer music, and other forms of multimedia.