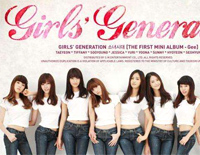 Free Dear Mom piano sheet music is provided for you. So if you like it, just download it here. Enjoy It!

Dear Mom is a ballad pop song performed by South Korean girl group Girls' Generation. Sung in Korean, the song was included on their first extended play, Gee which was digitally released on January 5, 2009 under the record label S.M. Entertainment.

Dear Mom was composed by Kim Tae Sung, while the lyrics were composed by his girlfriend singer Ivy, though she used the penname "The Lighthouse" in the album credits. Ivy also write Shinee's song "Last Gift".

And this song is a pop ballad with lyrics containing the love of a daughter toward her mother.