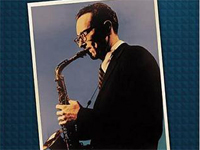 Free Take Five piano sheet music is provided for you. So if you like it, just download it here. Enjoy It!

Take Five
is a jazz piece composed by Paul Desmond and performed by The Dave Brubeck Quartet on their 1959 album Time Out. Recorded at Columbia Records' 30th Street Studio in New York City on July 1, 1959, fully two years later it became an unlikely one-hit wonder and the best-selling jazz single of all time. Written in the key of E-flat minor, it is famous for its distinctive two-chord piano vamp; catchy blues-scale saxophone melody; imaginative, jolting drum solo; and use of the unusual quintuple (5/4) time, from which its name is derived. It was first played by the Quartet to a live audience at the Village Gate nightclub in New York City in 1959.

While Take Five was not the first jazz composition to use the quintuple meter, it was one of the first that did and achieved mainstream significance in the United States. Released as a single initially on September 21, 1959, its chart potential was fulfilled only after its re-release in May 1961, reaching #25 on the Billboard Hot 100 on October 9 that year and #5 on Billboard's Easy Listening chart three weeks later.

Take Five was re-recorded and performed live multiple times by The Dave Brubeck Quartet throughout the group's career. In addition, there have been many covers of the piece. Some versions also feature lyrics, including a 1961 recording with lyrics written by Dave Brubeck and his wife Iola, sung by Carmen McRae. Al Jarreauperformed an unusual scat version of the song in Germany in 1976.

Take Five has been included in numerous movies and television soundtracks, and still receives significant radio play. It was for several years during the early 1960s the theme music for the NBC Today program, the opening bars playing half a dozen times and more each day.