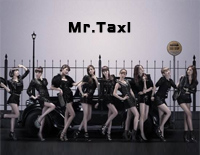 Free Mr. Taxi piano sheet music is provided for you. So if you like it, just download it here. Enjoy It!

Mr. Taxi is the first original Japanese song by South Korean girl group Girls' Generation. Released as a double A-sidesingle with a Japanese version of "Run Devil Run" on April 27, 2011, it serves as the third single from the group's debut Japanese album, Girls' Generation (2011). It became their first Japanese single to sell 100,000 units in its first week of release. The single also peaked at the number one spot on the Billboard—Japan Hot 100 chart for two consecutive weeks. Despite not being released in South Korea, the Japanese version pulled over 786,000 copies sold by the end of 2011. A Korean version of the song was later released as the lead single from the reissue of the group's third Korean studio album, Mr. Taxi (2011).