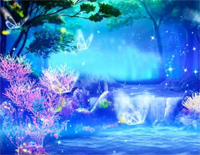 Annie's Wonderland is from "Wonderland" which is Bandari's Album in 1998. Bandari is a New Age music band on the AVC Audio Video Communications AG record label of Au, Switzerland. However, the group is known only in China and Taiwan.