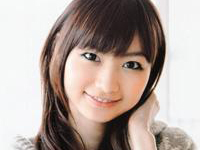 Free Motto Hade Ni Ne! piano sheet music is provided for you. So if you like it, just download it here. Enjoy It!

Motto Hade Ni Ne! is used as the opening theme to Kannagi: Crazy Shrine Maidens. Kannagi: Crazy Shrine Maidens (かんなぎ Kannagi, lit. Shrine Maiden), is a Japanese manga series written and illustrated by Eri Takenashi. The manga began serialization in the January 2006 issue of Ichijinsha's shōnen manga magazineComic Rex and eight tankōbon volumes have been released in Japan. A 13-episode anime adaptation produced by A-1 Picturesaired between October and December 2008 in Japan. An original video animation (OVA) episode was released in May 2009. Bandai Entertainment licensed the manga and anime series, including the OVA.