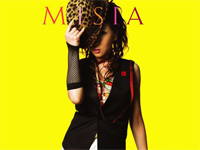 Free Tobikata wo Wasureta Chiisana Tori piano sheet music is provided for you. So if you like it, just download it here. Enjoy It!

Tobikata wo Wasureta Chiisana Tori (飛び方を忘れた小さな鳥, "The Little Bird That Forgot How to Fly") is a song by MISIA. Misia (ミーシャ Mīsha, born July 7, 1978), commonly stylized as MISIA, is a Japanese singer, songwriter, and record producer. Born in Nagasaki, Misia moved to Fukuoka at the age of 14 to pursue a recording career. There, she continued her secondary education and briefly attended Seinan Gakuin University before withdrawing to focus on her musical career. She was signed to BMG Japan in 1997, after auditioning for record producer Haruo Yoda.