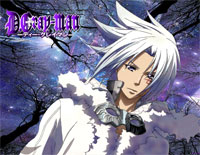 Free Shirotsumekusa piano sheet music is provided for you. So if you like it, just download it here. Enjoy It!

Shirotsumekusa (白詰草 White Clovers) is used as an original soundtrack to the anime CLANNAD. Clannad (クラナド Kuranado) is a Japanese visual novel developed by Key and released on April 28, 2004 for Windows PCs. An animated film by Toei Animation was released in September 2007, followed by two TV anime series including two original video animation (OVA) episodes by Kyoto Animation produced between 2007 and 2009. Both anime series and their accompanying OVAs are licensed by Sentai Filmworks and were released in North America in 2009. The animated adaptations have received high sales figures in Japan as well as critical acclaim abroad.