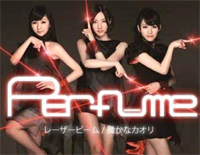 Free Laser Beam piano sheet music is provided for you. So if you like it, just download it here. Enjoy It!

Laser Beam
is a song from Perfume’s eighteenth single Laser Beam/Kasuka na Kaori. Due to Great East Japan Earthquake, the date of the release was suspended from 20 April 2011 to 18 May 2011. The single was certified in May 2011 by the RIAJ as gold for physical copies shipped.

Perfume is a Japanese pop girl group from Hiroshima, Japan, consisting of Ayano Ōmoto, Yuka Kashino, and Ayaka Nishiwaki. The group has been signed with Universal Music Japan since 2012.