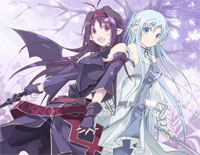 Free Courage piano sheet music is provided for you. So if you like it, just download it here. Enjoy It!

Courage
is sung by Haruka Tomatsu who is a Japanese voice actress and singer, employed by Music Ray'n (a Sony Music Entertainment Japan company).