Our Destiny Lies Above Us-Interstellar OST 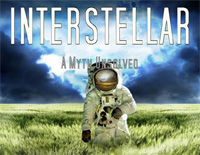 Free Our Destiny Lies Above Us piano sheet music is provided for you. So if you like it, just download it here. Enjoy It!

Our Destiny Lies Above Us is used as an insert song for the film Interstellar. Interstellar is a 2014 science fiction film directed by Christopher Nolan. Starring Matthew McConaughey, Anne Hathaway, Jessica Chastain, Mackenzie Foy and Michael Caine, the film features a team of astronauts who travel through a wormhole in search of a new habitable planet for the survival of humanity. Brothers Christopher and Jonathan Nolanwrote the film, merging a script Jonathan developed in 2007 with Christopher's ideas. Christopher Nolan produced the film with his wife, Emma Thomas, and Lynda Obst. Theoretical physicist Kip Thorne, whose work inspired the film, acted as scientific consultant and executive producer.