What Kind of Man-Jay Chou 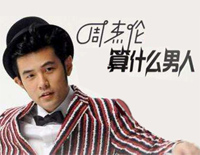 What Kind of Man-Jay Chou Introduction

Free What Kind of Man piano sheet music is provided for you. So if you like it, just download it here. Enjoy It!

What Kind of Man
is a song by Taiwanese Mandopop artist Jay Chou from his thirteenth Mandarin studio album Aiyo, Not Bad.

It was released on 26 December 2014 by JVR Music and distributed by Sony Music Entertainment Taiwan. The album was first announced on 3 December, and preorders began on 10 December. There are three versions to this album; normal, Deluxe Package and limited USB Edition, which the noctilucent USB Key is also the singer's portrait; made specially through 3D Printing technology, based on Chou's actual figure.