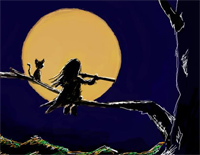 Free Nocturne in E-flat major Op. 9 No. 2 piano sheet music is provided for you. So if you like it, just download it here. Enjoy It!

Nocturne in E-flat major Op. 9 No. 2
is a piece of music composed by Frédéric Chopin. This popular nocturne is in rounded binary form (A, A, B, A, B, A) with coda, C. The A and B sections become increasingly ornamented with each recurrence. The penultimate bar utilizes considerable rhythmic freedom, indicated by the instruction, senza tempo (without tempo). Nocturne in E-flat major opens with a legato melody, mostly played piano, containing graceful upward leaps which becomes increasingly wide as the line unfolds. This melody is heard again three times during the piece. With each repetition, it is varied by ever more elaborate decorative tones and trills. The nocturne also includes a subordinate melody, which is played with rubato.

A sonorous foundation for the melodic line is provided by the widely spaced notes in the accompaniment, connected by the damper pedal. The waltz-like accompaniment gently emphasizes the 12/8 meter, 12 beats to the measure subdivided into four groups of 3 beats each.

The nocturne is reflective in mood until it suddenly becomes passionate near the end. The new concluding melody begins softly but then ascends to a high register and is played forcefully in octaves, eventually reaching the loudest part of the piece, marked fortissimo. After a trill-like passage, the excitement subsides; the nocturne ends calmly.

Nocturne in E-flat major Op. 9 No. 2-Leave a comment