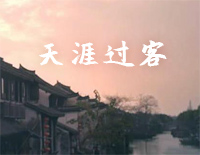 Free Tian Ya Guo Ke piano sheet music is provided for you. So if you like it, just download it here. Enjoy It!

In 2000, Chou released his debut album, titled Jay (2000), under the record company Alfa Music. Since then his music has gained recognition throughout Asia, most notably in regions such as Taiwan, China, Hong Kong, Singapore, Malaysia, Korea, Japan and in the Asian communities of Western countries such as the United States and Australia. He has sold more than 30 million albums and has received numerous awards for his musical work. Chou has also written songs for other artists whilst working on his albums. In 2003, he was the cover story of Time magazine (Asia version), titled New King of Asian Pop, acknowledging his influence on popular culture. He has since held six world tours, performing in cities around the world to more than 10 million people.