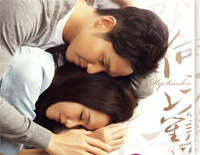 Free Why Love piano sheet music is provided for you. So if you like it, just download it here. Enjoy It!

Why Love
is used as the ending theme to the Chinese television series My Sunshine. The series was based on the novel Silent Separation written by Gu Man. It stars Wallace Chung and Tiffany Tang in the lead roles, and it premiered simultaneously on Dragon TV, Anhui TV, and iQiyi on January 10, 2015.

And Why Love is sung by Wallace Chung. Wallace Chung, also known as Chung Hon-leung, is a Hong Kong actor and recording artist. Chung's debut was in the 1993 Hong Kong TVB biographical television drama The Chord to Victory, portraying Kenny Bee, a member of The Wynners. In 1995, Chung moved to Taiwan to pursue a singing career under the guidance of record producer Samuel Tai, subsequently signing a contract with Music Impact.