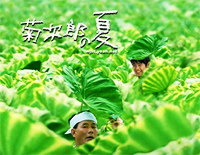 Free Summer piano sheet music is provided for you. So if you like it, just download it here. Enjoy It!

Summer
is used as the theme song for the Japanese film Kikujiro. Kikujiro tells the story of a young boy searching for his mother during his summer vacation. The film is mostly divided into smaller chapters, listed as entries in the boy's summer vacation diary. Kitano's inspiration for the character (not the film) was his own father, Kikujiro Kitano, a gambler who struggled to feed his family and pay the rent.

And Summer was composed by Joe Hisaishi who is a composer and musical director known for over 100 film scores and solo albums dating back to 1981.


Meanwhile, we also offer different version of Summer sheet music for you to download
[ + More Information ]