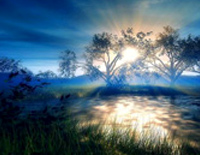 Free Träumerei piano sheet music is provided for you. So if you like it, just download it here. Enjoy It!

Träumerei
is the music by Robert Schumann from his works Kinderszenen. Kinderszenen (German pronunciation: [ˈkɪndɐˌst͡seːnən]; original spelling Kinderscenen, "Scenes from Childhood"), Opus 15, is a set of thirteen pieces of music for piano written in 1838. In this work, Schumann provides us with his adult reminiscences of childhood. Schumann had originally written 30 movements for this work, but chose 13 for the final version.

And Träumerei is one of Schumann's best known pieces; it was the title of a 1944 German biographical film on Robert Schumann. It is also the opening and closing musical theme in the 1947 Hollywood film Song of Love, starring Katharine Hepburn as Clara Wieck Schumann.