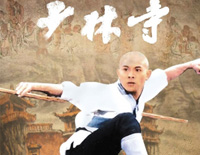 Free Song for The Shepherd piano sheet music is provided for you. So if you like it, just download it here. Enjoy It!

Song for The Shepherd
is used as an insert song for the film The Shaolin Temple. The Shaolin Temple is a 1982 Hong Kong-Chinese martial arts film directed by Chang Hsin Yen and starring Jet Li in his debut role. The film is based on the Shaolin Monastery in China and depicts Shaolin Kung Fu. The film was the first Hong Kong production to be filmed in mainland China.