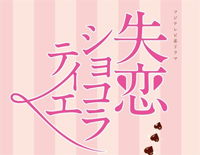 Free Last Kiss piano sheet music is provided for you. So if you like it, just download it here. Enjoy It!

Last Kiss
is used as an insert song for Japanese television drama Shitsuren Chocolatier. The drama was adapted from the manga with the same name which was written and illustrated by Setona Mizushiro.