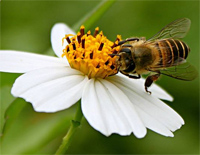 Free Spring in the North piano sheet music is provided for you. So if you like it, just download it here. Enjoy It!

Spring in the North
was written by Mr Haku Ide, composed by Mr Minoru Endo and sung by Jiang Dawei. Originally it was a song by Masao Sen released in 1977. After publishing, it has been very poluar and has been covred in various Asian countries. This shows how the song reached people's hearts. The Great East Japan Earthquake has further added the polularity of this song.

Mr Ide depicts the feelings of a young man longing for his hometown. He left there to work in a big city. There were so many people who left their hometowns to find jobs because of financial difficulties. It often happened that only the first son of a household stayed at home helping the household's business. In this song, the main character is a second son. The scenery, the sounds, and the people of his hometowns depicted in this song are all imagined thinking his hometowns. This song seems also to suggest that brightness of spring will definitely come after cold winter.