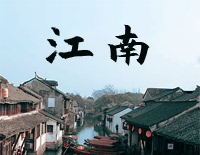 Free River South piano sheet music is provided for you. So if you like it, just download it here. Enjoy It!

River South
is a song from Singaporean Mandopop Singer-songwriter JJ Lin's second Mandarin studio album Second Heaven. JJ Lin was managed by Ocean Butterflies from 2003 to 2009. He is managed by Warner Music Taiwan. Lin won Best New Artist for his work on his debut album Music Voyager at the 15th Golden Melody Awards in 2004. He won Best Male Mandopop Performer for his work on his 10th album Stories Untold at the25th Golden Melody Awards in 2014.

And River South won one of the Top 10 Songs of the Year at the 2005 HITO Radio Music Awards presented by Taiwanese radio station Hit FM as well as Top 10 Mandarin Song at the 2nd Hits Song Awards in 2005.