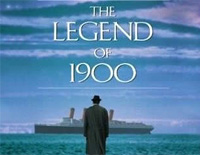 Free Enduring Movement piano sheet music is provided for you. So if you like it, just download it here. Enjoy It!

Enduring Movement
is used as a piece of insert music for 1998 Italian drama film The Legend of 1900. The film was directed by Giuseppe Tornatore and starring Tim Roth, Pruitt Taylor Vince and Mélanie Thierry. It was Tornatore's first English-language film, inspired by Novecento, a monologue by Alessandro Baricco.

And Enduring Movement is created by Italian composer Ennio Morricone who has written music for more than 500 motion pictures and television series, as well as contemporary classical works. His career includes a wide range of composition genres, making him one of the most versatile, prolific and influential film composers of all time. Morricone's music has been used in more than 60 award-winning films.