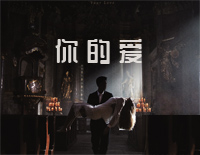 Free Your Love piano sheet music is provided for you. So if you like it, just download it here. Enjoy It!

Your Love is a song by Chinese-American singer-songwriter Wang Leehom. Formally trained at the Eastman School of Music,Williams College and Berklee College of Music, his musical style is known for fusing Chinese elements (such as Beijing opera, traditional styles of ethnic minorities, Chinese classical orchestra) with hip-hop and R&B. Wang has been active since 1995 and contributed in 25 albums. He is also a four-time winner of Taiwan's Golden Melody Awards, the "Grammys" of Taiwanese music. His concert at the Beijing Bird's Nest on April 14, 2012 was the first solo pop concert to be held at the venue.

And Your Love is his hit song for the album with the same name which was released on January 23, 2015.