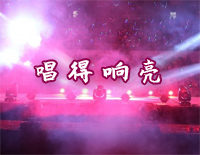 Free Sing Loudly piano sheet music is provided for you. So if you like it, just download it here. Enjoy It!

Li Yuchun is a Chinese pop singer and actress who achieved fame when she won the nationwide singing contest Super Girl in 2005. She made her film debut in Bodyguards and Assassins (2009). She gained international fame in November 2013 after winning the 2013 MTV Europe Music Award for Best Worldwide Act.

Sing Loudly is very lively, so there are several versions, generally divided into solo and chorus. And Li Yuchun’s version brings us a different one which gave people a whole new feeling.