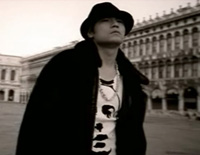 Free Black Sweater piano sheet music is provided for you. So if you like it, just download it here. Enjoy It!

Black Sweater
is a song performed by Jay Chou who is a Taiwanese singer, songwriter, record producer and actor.

The song was included in his sixth Mandarin studio album November's Chopin which was released on 1 November 2005 by Alfa Music and distributed by Sony Music Taiwan. It was released with a bonus DVD containing three music videos.

An R&B piece with a slow tempo, Black Sweater begins with an acoustic guitar, and involves soft vocals. The lyrics expresses one's longing for their beloved.