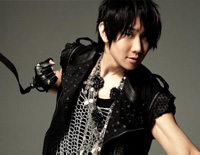 Free A Thousand Years Later piano sheet music is provided for you. So if you like it, just download it here. Enjoy It!

A Thousand Years Later
is sung by JJ Lin and serves as the ending theme of Zero to Hero. JJ Lin is a Singaporean singer, songwriter, record producer and actor based in Taiwan. He won Best Male Mandopop Performer for his work on his 10th album Stories Untoldat the 25th Golden Melody Awards in 2014.

And A Thousand Years Later is from his third Mandarin studio album No. 89757 which was released on 1 April 2005 by the Ocean Butterflies Music and contains 12 tracks. And the album was nominated for Top 10 Gold Songs at the Hong Kong TVB8 Awards, presented by television station TVB8, in 2005.