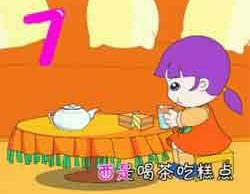 Do-Re-Mi is song composed by Richard Rodgers and written by Oscar Hammerstein II. It is also an insert song from the multiple Tony Award-winning musical The Sound of Music.

And Do-Re-Mi is notable in that each syllable of the musical solfège system appears in its lyrics, sung on the pitch it names.

In the stage version, Maria sings this song in the living room of Captain von Trapp's house, shortly after she introduces herself to the children. However, when Ernest Lehman adapted the stage script into a screenplay for the 1965 film adaptation, he moved the song to later on in the story. In the film, Maria and the children sing this song over a montageas they wander and frolic over Salzburg. Later on, in both the film and stage versions, a more intricate reprise of the song is sung in the style of a Bach cantata, showing the audience how versatile they were at multi-part choral singing.

Meanwhile, this song is quite suitable for children to play since Do-Re-Mi sheet music is very simple. Just act now!

Besides, we also offer different version of Do-Re-Mi sheet music for you to download