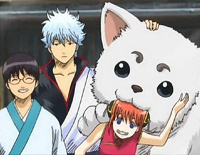 Free DAYxDAY piano sheet music is provided for you. So if you like it, just download it here. Enjoy It!

DAYxDAY
is used as the opening theme to the anime Gintama°. The anime TV series Gintama° are based on the Gin Tama manga by Hideaki Sorachi. The series premiered in TV Tokyo on April 8, 2015. It is a sequel to the Gintama anime series which has been on hiatus since 2013. The studio making the new season is BN Pictures, a new subsidiary of Bandai Namco Entertainment. And DAYxDAY is performed by BLUE ENCOUNT.