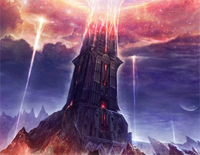 Free Castle in the Sky Variation Version piano sheet music is provided for you. So if you like it, just download it here. Enjoy It!

Castle in the Sky Variation Version is one of background music for the game Dark Sword Legend. Actually this game is a good example of RM game, based on DOS Games "Magic King". It is just the modification of the win version and adds some content and plots.

Originally Castle in the Sky is composed by Joe Hisaishi who is a composer and musical director known for over 100 film scores and solo albums dating back to 1981.