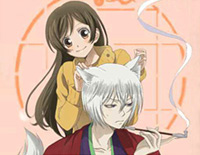 Free Ototoi Oide piano sheet music is provided for you. So if you like it, just download it here. Enjoy It!

Ototoi Oide
is used as the ending theme to the anime Kamisama Kiss◎. Kamisama Kiss is a Japanese manga series by Julietta Suzuki and serialized by Hakusensha in the shōjo manga magazine Hana to Yume. An anime adaptation has been produced by TMS Entertainment and directed by Akitaro Daichi and began airing in October 2012. It has been streamed by Funimation Entertainment in North America. A second season, Kamisama Kiss◎, was announced and premiered during January 2015. And Ototoi Oide is sung by Hanae.