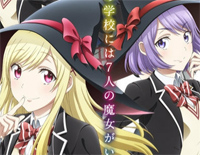 Free Kuchizuke Diamond piano sheet music is provided for you. So if you like it, just download it here. Enjoy It!

Kuchizuke Diamond
serves as the opening theme to the anime series Yamada-kun and the Seven Witches. Originally Yamada-kun and the Seven Witches is an ongoing manga series written and illustrated by Miki Yoshikawa. The series has been licensed for North American release by Kodansha Comics USA, who will begin releasing the series in 2015. As of May 2015, the series has been compiled into 17 volumes in Japan. Then this series was adapted in to an anime. And Kuchizuke Diamond is performed by WEAVER.