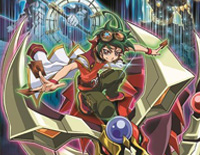 Free Hanate piano sheet music is provided for you. So if you like it, just download it here. Enjoy It!

Hanate (ハナテ, lit. "Unleash") is the third opening theme from episodes 50-onwards of the anime Yu-Gi-Oh! Arc-V. Yu-Gi-Oh! Arc-V is a Japanese anime series produced by Nihon Ad Systems and Studio Gallop and is the fourth main spin-off anime series in the Yu-Gi-Oh! franchise. The series began airing in Japan on TV Tokyo from April 6, 2014. And Hanate is sung by by Gekidan Niagara.