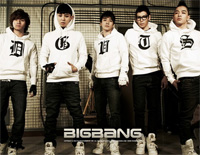 Free Loser piano sheet music is provided for you. So if you like it, just download it here. Enjoy It!

Loser
is a song by South Korean boy band Big Bang from their single album M. It is remarked as the first comeback for them after a three-year absence, which is also their first single album in nine years. The album is opened for pre-order on 24 to April 30 consisting of two singles which both are title tracks and is released worldwide through iTunes, Melon and other online music portals on May 1.

Loser
charted at number 1 and gained 4.3 million views on the first day of its release, the highest number for any K-pop music video.