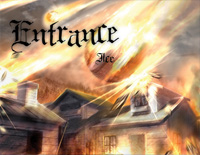 Free Entrance piano sheet music is provided for you. So if you like it, just download it here. Enjoy It!

Entrance
is used as an insert song for rhythm game Deemo, developed by Rayark Games that is an independent game developer in Taiwan.

The game is released on iOSand Android mobile platforms on November 13, 2013. An enhanced port for the PlayStation Vita, titled Deemo: Last Recital, first announced late 2014, is released in June 2015. Rayark claims that Deemo saw 200,000 downloads within one month of release, and 7 million downloads as of October 2014, ranking first in music game genre in the Apple App Store of over 100 regions.