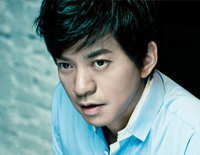 Free Lake Baikal piano sheet music is provided for you. So if you like it, just download it here. Enjoy It!

Lake Baikal
is a song by Li Jian who is a Chinese folk singer. Before beginning his solo career, he is a member of the duo "Shui Mu Nian Hua". After his departure from the duo in 2002, he began his solo career. To date, he has produced seven albums. His 8th album will be released in 2015.

In 2015, Li Jian participated in a singing competition - I am a Singer 3, in China. He managed to came in second, losing to Han Hong.