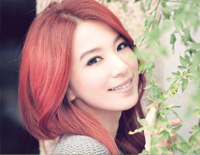 Free Little Luck piano sheet music is provided for you. So if you like it, just download it here. Enjoy It!

Little Luck
is used as the theme song to the film Our Times. And it is performed by Hebe Tien who is a Taiwanese singer, actress, TV program hostess.

Hebe is the second child in her family. After living in Hsinchu for eighteen years, Hebe moved to Taipei after she was signed as a singer. In 2010, she released her first solo album, with six music videos each having more than 10 million views on YouTube. She has the best record among other female singers in the Mandopop music scene. On December 6, 2014, she held her first solo concert at Taipei Arena, with 22,000 tickets selling out completely within 10 minutes.