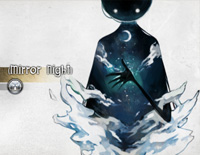 Free Mirror Night piano sheet music is provided for you. So if you like it, just download it here. Enjoy It!

Mirror Night
, also known as Reflection (Mirror Night), is used as an insert piece to Deemo which is a rhythm game developed by Rayark Games, an independent game developer in Taiwan.

Deemo uses both instrumental and vocal music to accompany its rhythm game elements. The selection consists of works from composers from multiple regions including Taiwan, Japan, South Korea, Hong Kong. Notable contributors include Earthbound Papas and guitarist Shinichi Kobayashi. Deemo also uses songs that were used in Cytus, another rhythm game by the same developer and songs from Alim's Role-playing game Brave Frontier for the game's collaboration event.