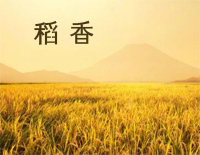 Free Rice Aroma piano sheet music is provided for you. So if you like it, just download it here. Enjoy It!

Rice Aroma
is a song from Taiwanese Mandopop artist Jay Chou's ninth Mandarin studio album Capricorn. The album is based on his zodiac sign, Capricorn and his interest in illusion.

And as the first lead track, Rice Aroma was released for airplay on 22 September 2008. It is listed at number 3 on Hit Fm Taiwan's Hit Fm Annual Top 100 Singles Chart for 2008. Also the song won one of the Top 10 Songs of the Year at the 2009 HITO Radio Music Awards presented by Taiwanese radio station Hit FM.