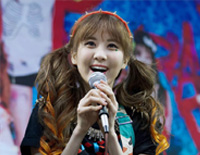 Free Promise piano sheet music is provided for you. So if you like it, just download it here. Enjoy It!

Promise is a song by South Korean girl group Girls' Generation from their fourth Korean studio album I Got a Boy. According to Billboard, the album contains "polished K-pop confections" that combines many different musical elements such as 1980s new wave, electronic dance music, and modern R&B, that would appeal to not just K-Pop fans but also other listeners of popular music as well.

And the track "Promise" is a mid-tempo soul ballad composed and arranged by British songwriter Joseph Belmaati in his debut collaboration with the group. The lyrics were penned by Mo-ul and contain a message for the fans.