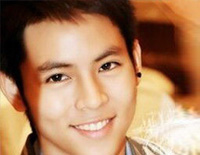 Free Gun lae gun piano sheet music is provided for you. So if you like it, just download it here. Enjoy It!

Gun lae gun is used as an insert song to 2007 Thai gay-themedromantic-drama film The Love of Siam. The film was released in Thailand on November 22, 2007. The fact that the gay storyline was not apparent from the film's promotional material initially caused controversy, but the film was received with critical acclaim and proved financially successful. It dominated Thailand's 2007 film awards season, winning the Best Picture category in all major events.