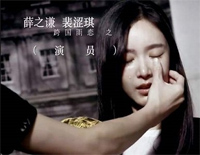 Free Actor piano sheet music is provided for you. So if you like it, just download it here. Enjoy It!

Actor
is a song by Xue Zhiqian, also known as Jacky, who is a Chinese singer and actor. Xue was a member of the judging panel of the Budweiser All-Star Concert. Xue's first album, self-titled, was released in June 2006. This album had over 200,000 copies sold and became the number one most sold in its market for a period. As of 2006, Jacky Xue is the highest selling new recording artist in China. The next year, the singer published his second studio album under Universal Music China, repeating the success of his previous debut album. Xue is an actor in the film The University Days of a Dog.

Besides, we offer Don't to you!